Cider brewed in honor of James Groom who opened the Grooms Tavern in Clifton Park, NY back in 1825. May we see the return of local brews served at the legendary Grooms Tavern again someday soon!

I bought 4 bags of apples at Devoe’s. A said 3 of the bags are fuji apples, and the other bag I'm not sure about.

The 4 bags of apples pressed very easily and nicely, making 6+ gallons of cider. The hydrometer reading came out to a 5% alcohol potential and tastes a little plain. 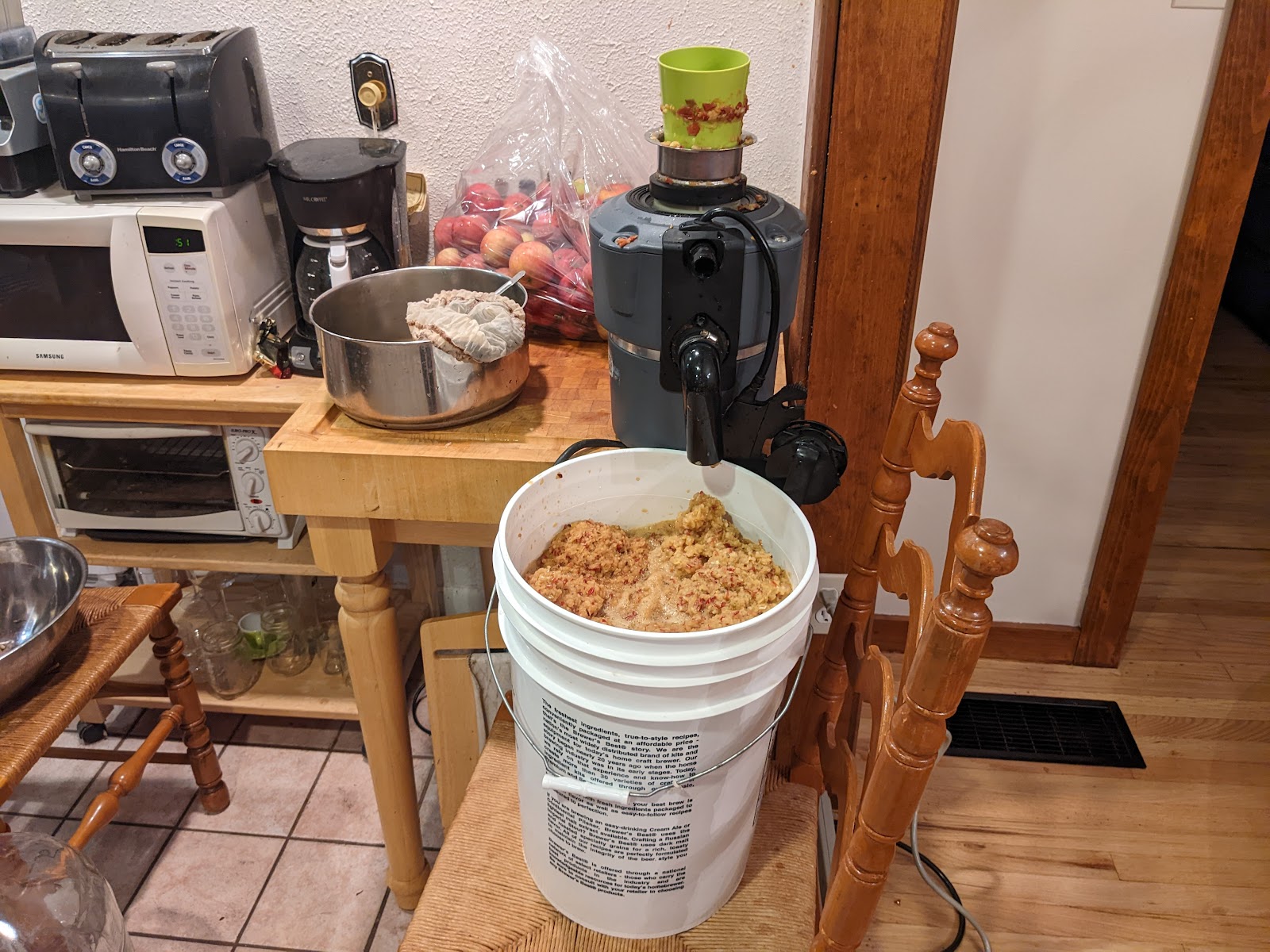 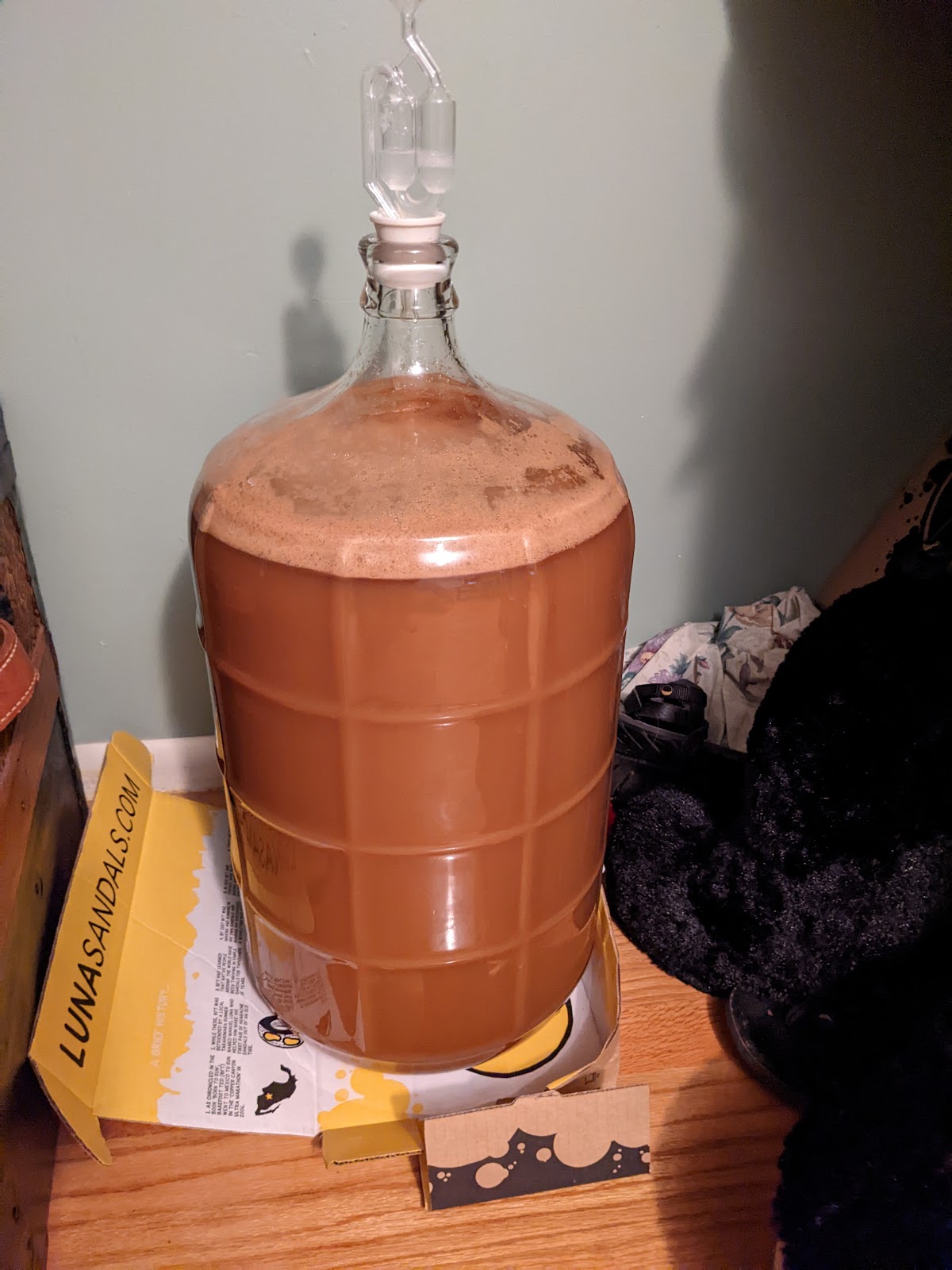 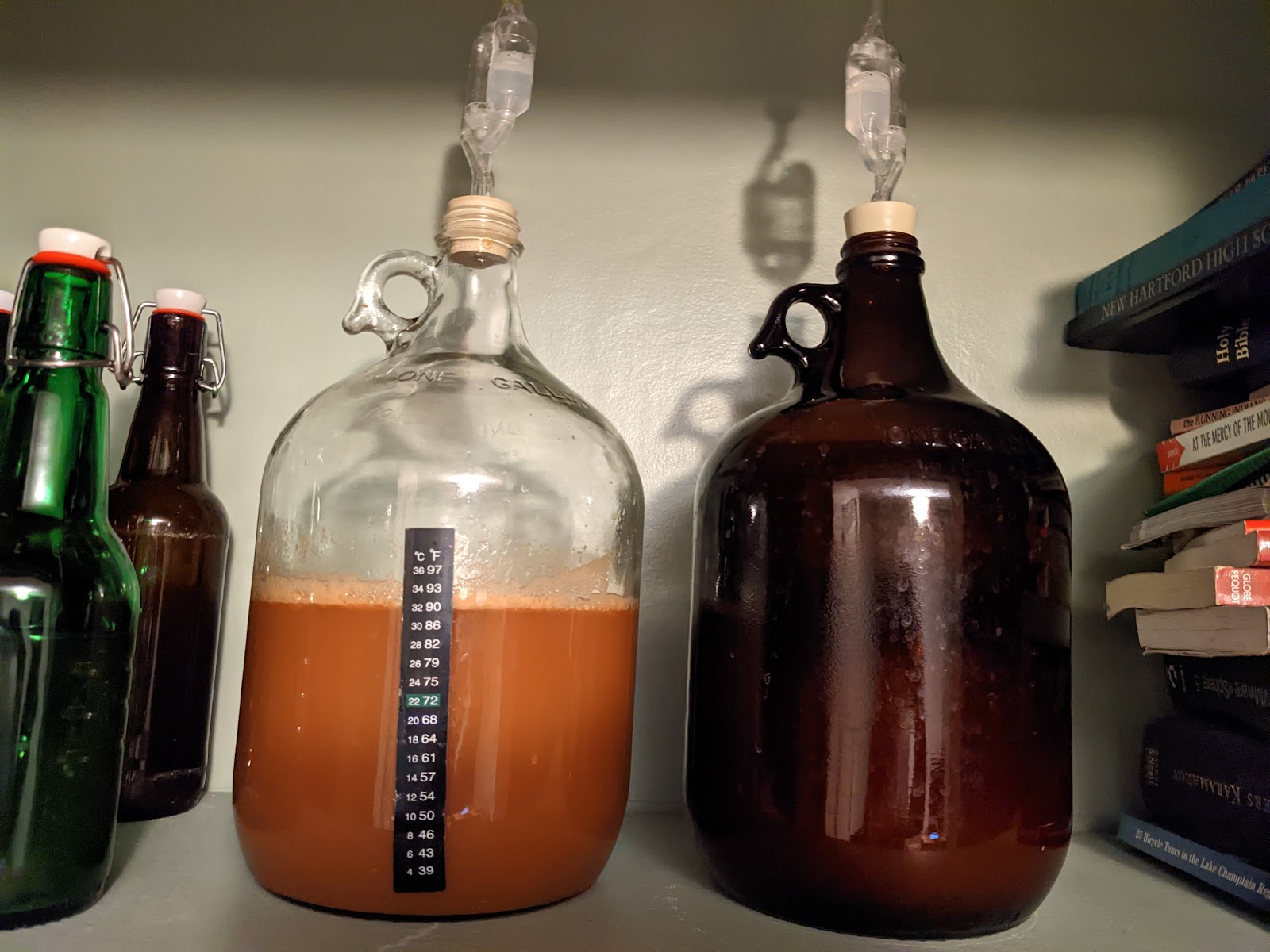 By morning, almost an inch of sediment has dropped to the bottom.

I transferred cider from the 6-gallon carboy and the half-filled gallon jug to a clean 6-gallon carboy, and added a packet of yeast and an airlock. Then I cleaned the gallon jug, and transferred cider from one jug to the other, and tried to use a little cider to rinse out a little yeast left in the packet to pour into the cider. So hopefully there are at least a few little yeast cells in there to do some work.

The cider has been fermenting steadily, and is finally starting to slow down a bit. There has been less than half an inch of sediment until the last few days. Now there is an inch+.

The carboy has been transferred to a keg, there was a little left over which went into some random flip-top bottles. I had a taste and it seemed much like the previous batch at this stage, where it is good, but has some hints of something besides perfectly clean taste. 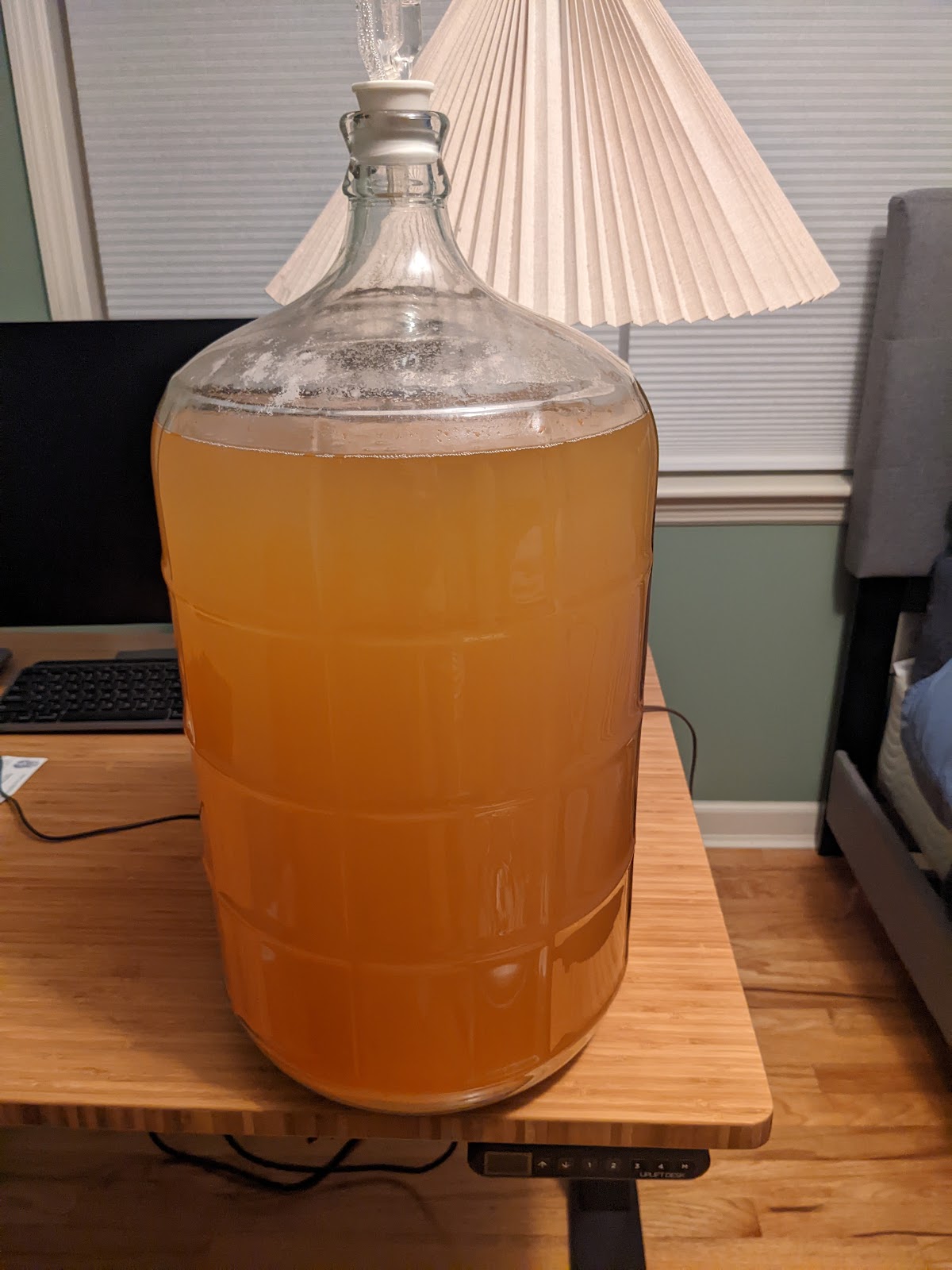 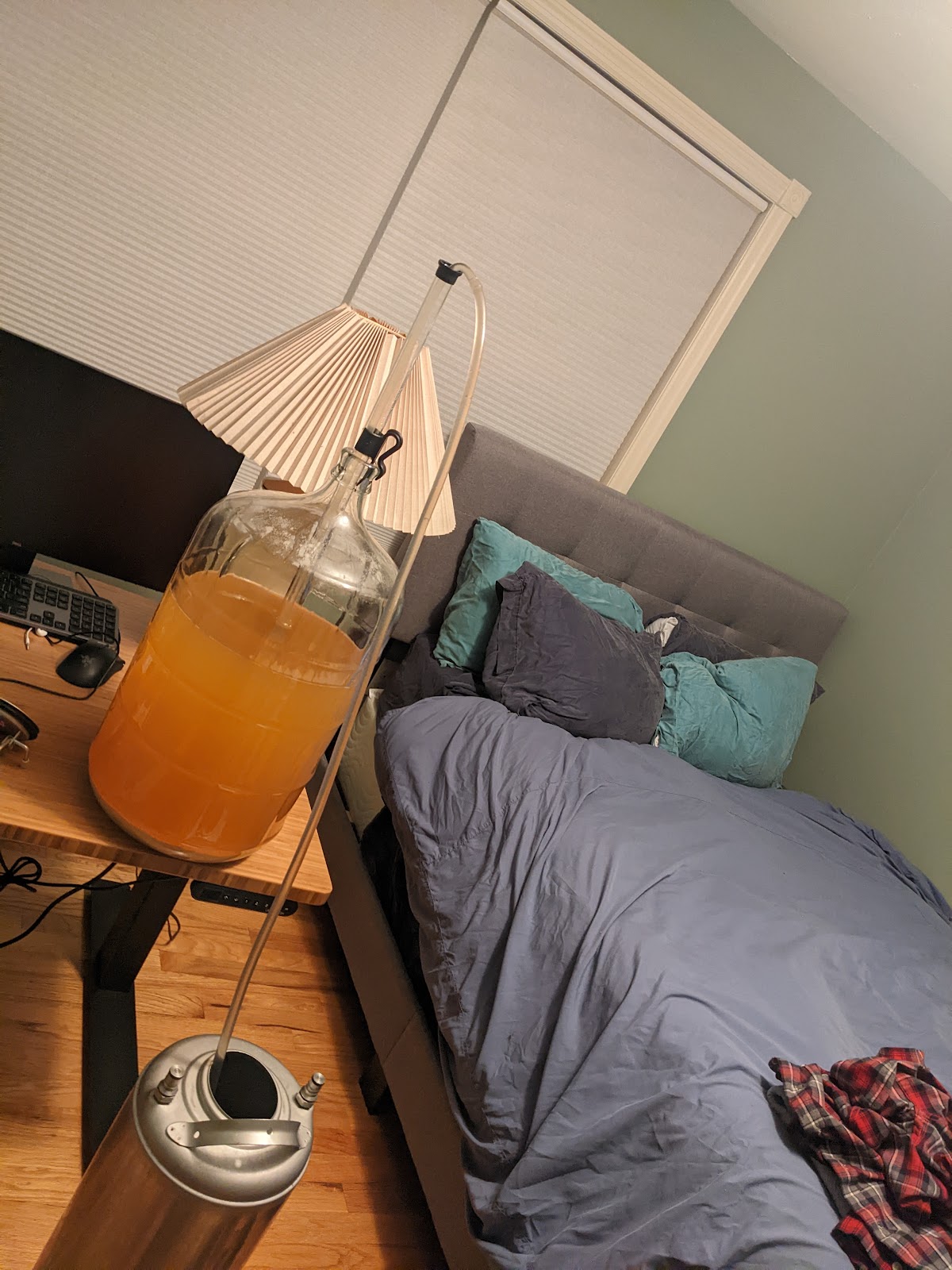 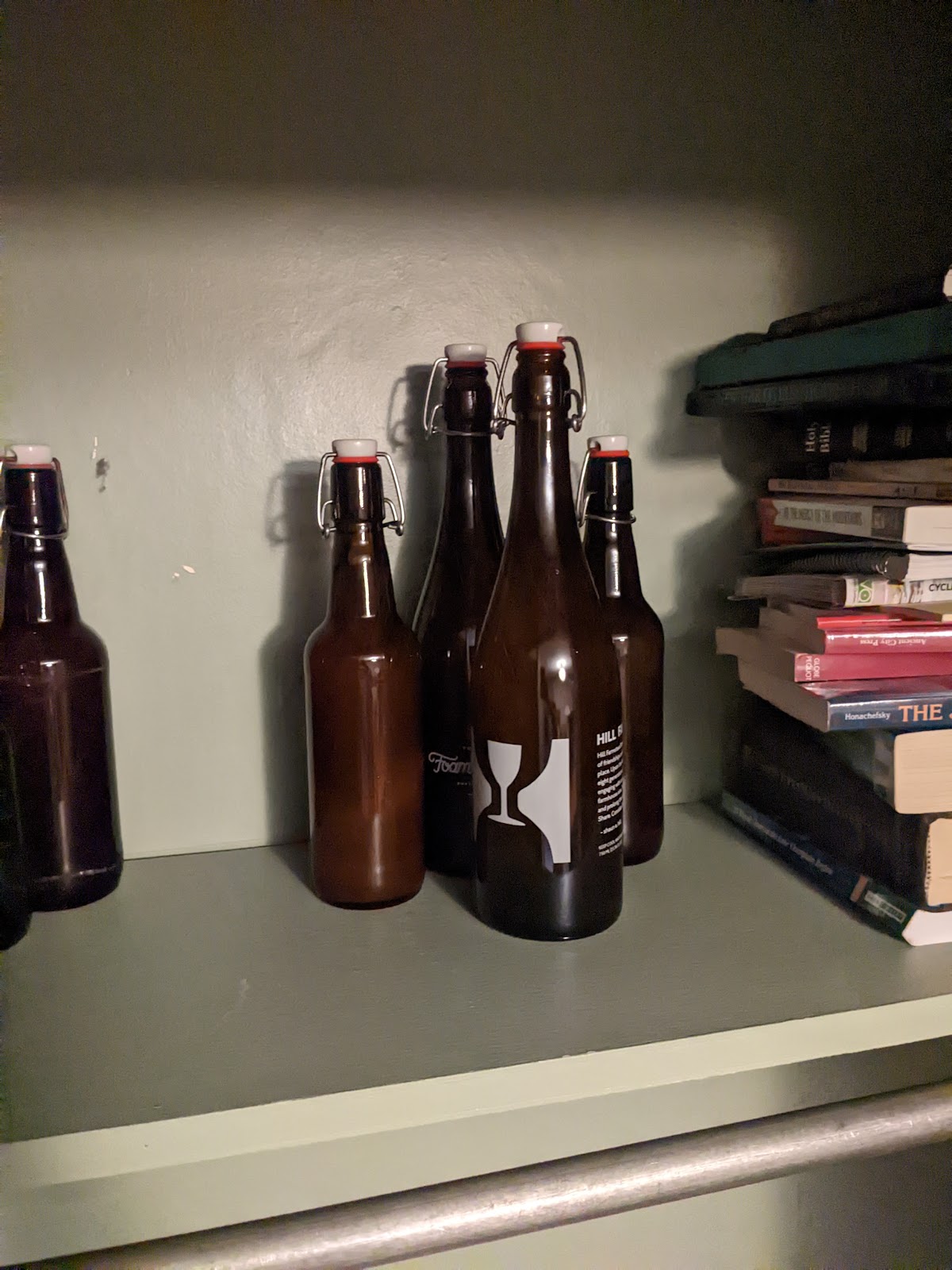 I bottled the entirety of the 5-gallon keg. It made a case of bottles, plus several larger bottles, and then some. It tastes pretty good. Has a good apple flavor. Not particularly flawed, but not particularly complex either. 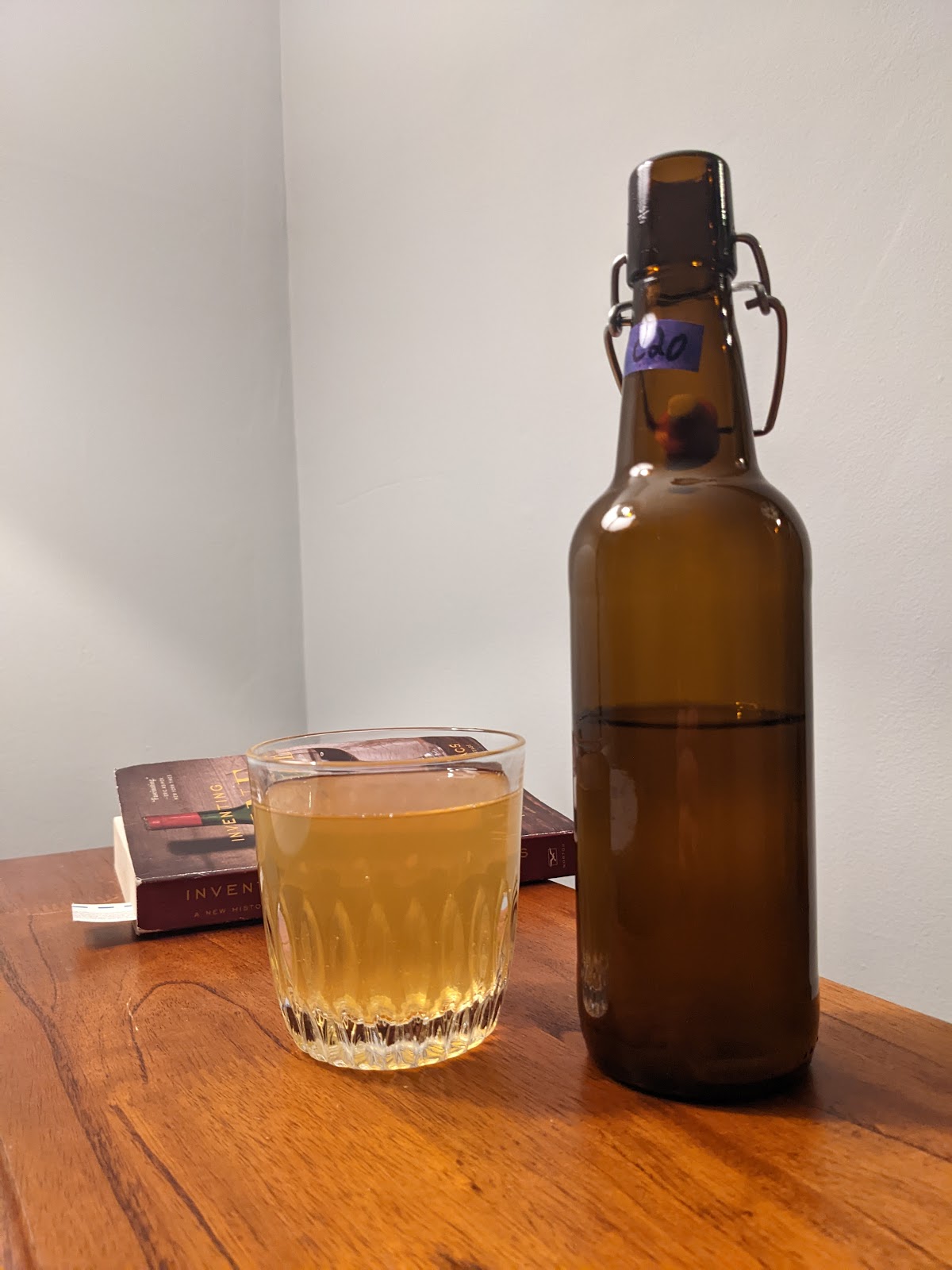 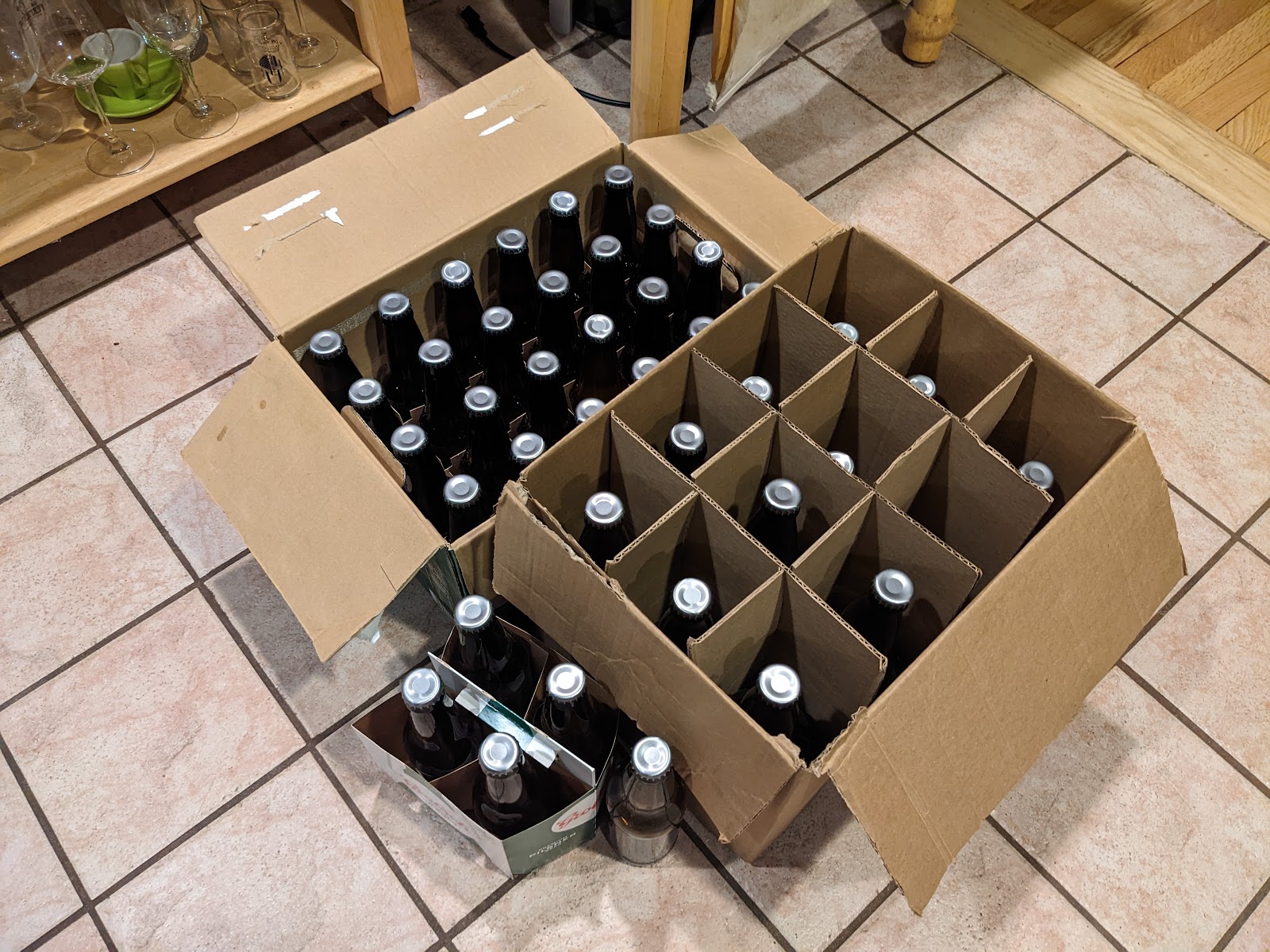 As a little side project, I transferred the partially-filled 1-gallon jug to a mini-keg, and then put a little in a glass, and the rest went into a Grolsch bottle. It tastes weird - kind of like it's still in mid-fermentation. As I recall I may not have gotten much yeast into this one which would explain it. 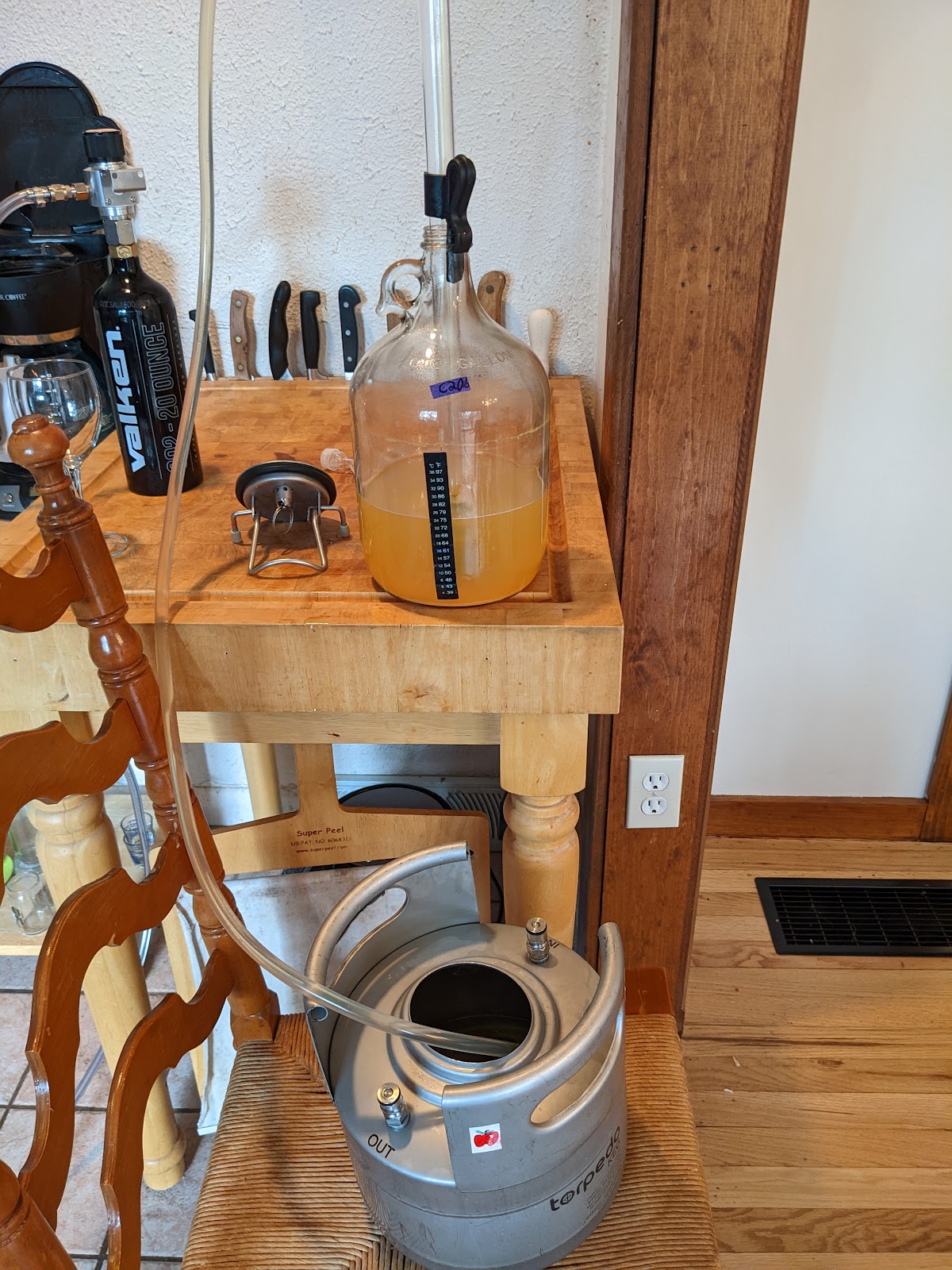 I also labelled some of the bottles with labels I printed at Staples. 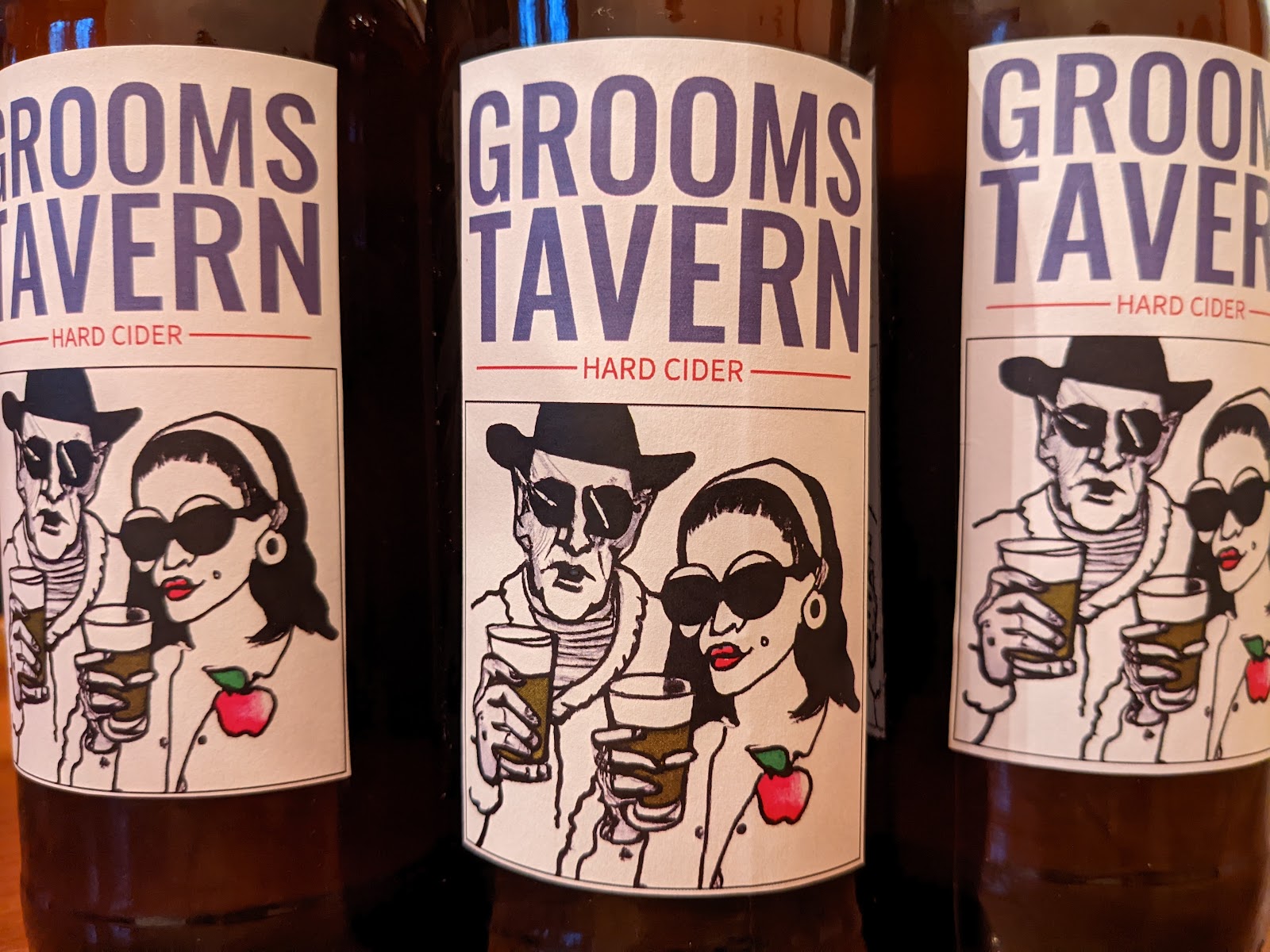 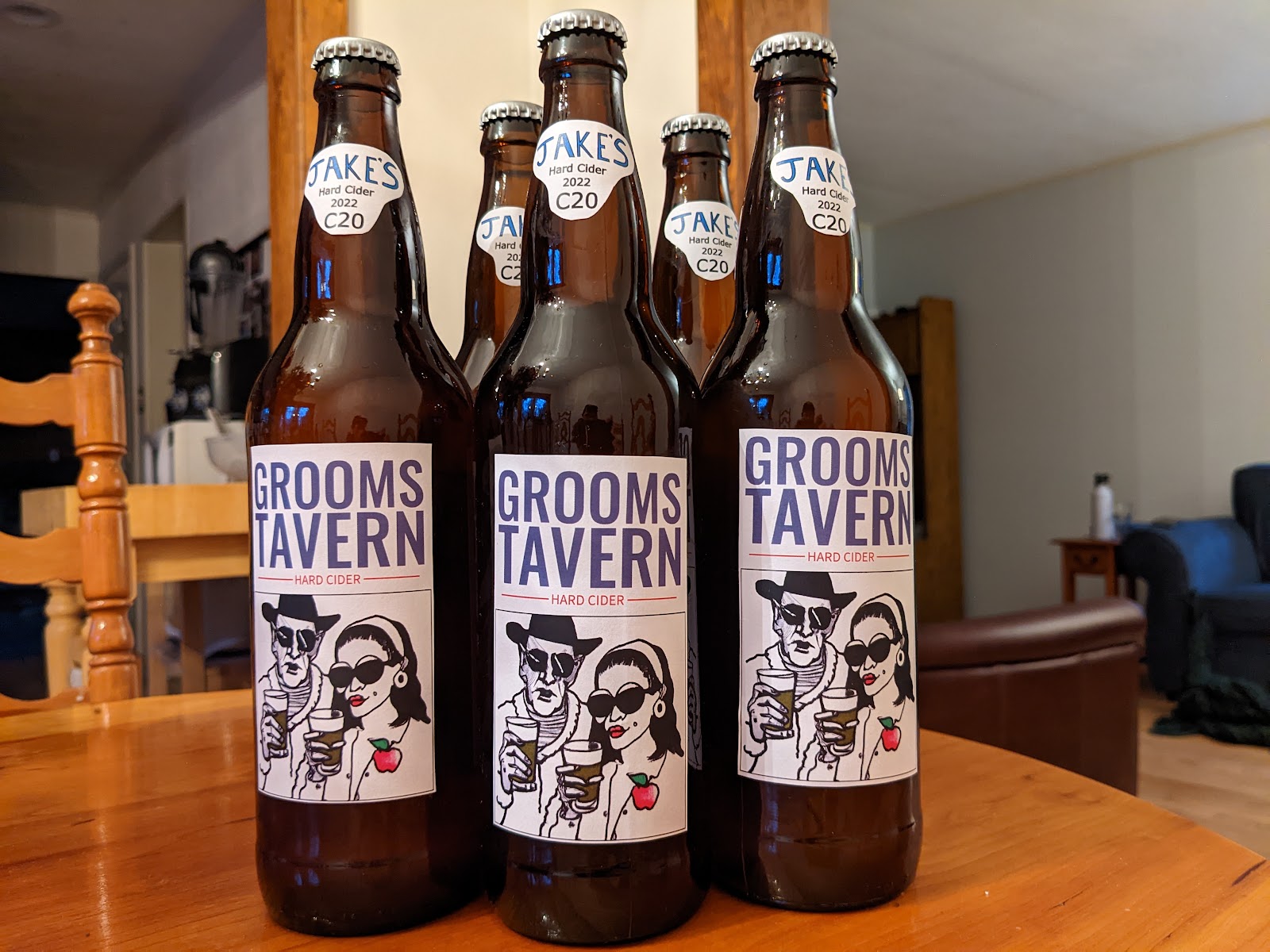