I rode to a local area with some wild-looking but large apples. Mostly from trees, but some from the ground. A week or so earlier I had picked a small batch of apples from near the mohawk-hudson bike path, and I had a few leftover from C13’s batch of apples from Devoe’s orchard.

I carefully rinsed each apple from all three sources and used a spoon to scoop out any bad parts, discarding a few apples along the way that didn’t look great. I was a little nervous that the cider quality could suffer because some apples were not perfect, but in the end I don’t think it hurt things, and in fact these apples made amazing fresh cider. I ground and pressed all the apples into a plastic brewbucket because my usual carboy is still fermenting with C13.

The process yielded about 5.5 gallons of crushed apple, which provided three-and-two-thirds gallons of beautiful brown cider (really really tasty stuff!) with a specific gravity of 1.050, providing an alcohol potential of 6.5%. I pitched the yeast and added the lid with a StarSan-filled airlock and put it in the basement to ferment.

After a month of cool-temp fermenting, the airlock never really bubbled which made me afraid that the seal on the brewbucket was bad. But maybe the fermentation was just slow and there was enough remaining volume in the bucket that there wasn’t sufficient pressure to bubble. Not sure really. I cleaned and san’d a keg and siphon. I opened the lid, and there was a thick krausen on top, some of which I scooped off. As I understand it this can form during lower temperature/slower fermentation because the slower bubbling isn’t enough to break it up. It actually looks a bit like an awesome protective layer. I siphoned the cider into a big keg, filling it about ⅔’s of the way. It looks like really good stuff. Reminds me a lot of Downeast, although I didn’t taste it yet. I took some remaining sludgey stuff and half-filled a growler which I put in the fridge. That could be good for tasting and for measuring the specific gravity.

I found a rando bottle labelled c14, so got to taste it after aging for a year. Would you look at that! It looks amazing! The carbonation is perfect! Too bad I only had this one bottle lying around. 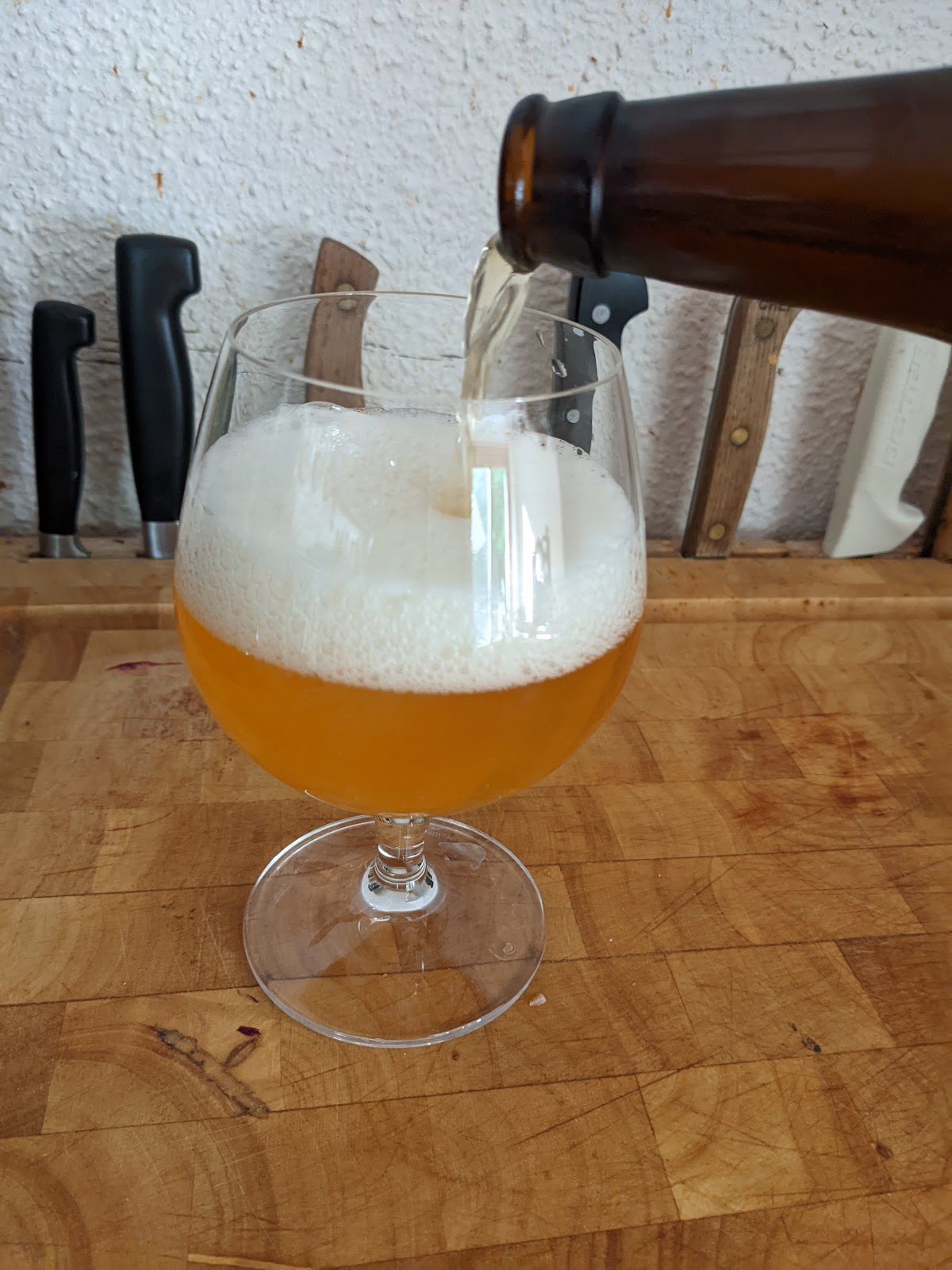 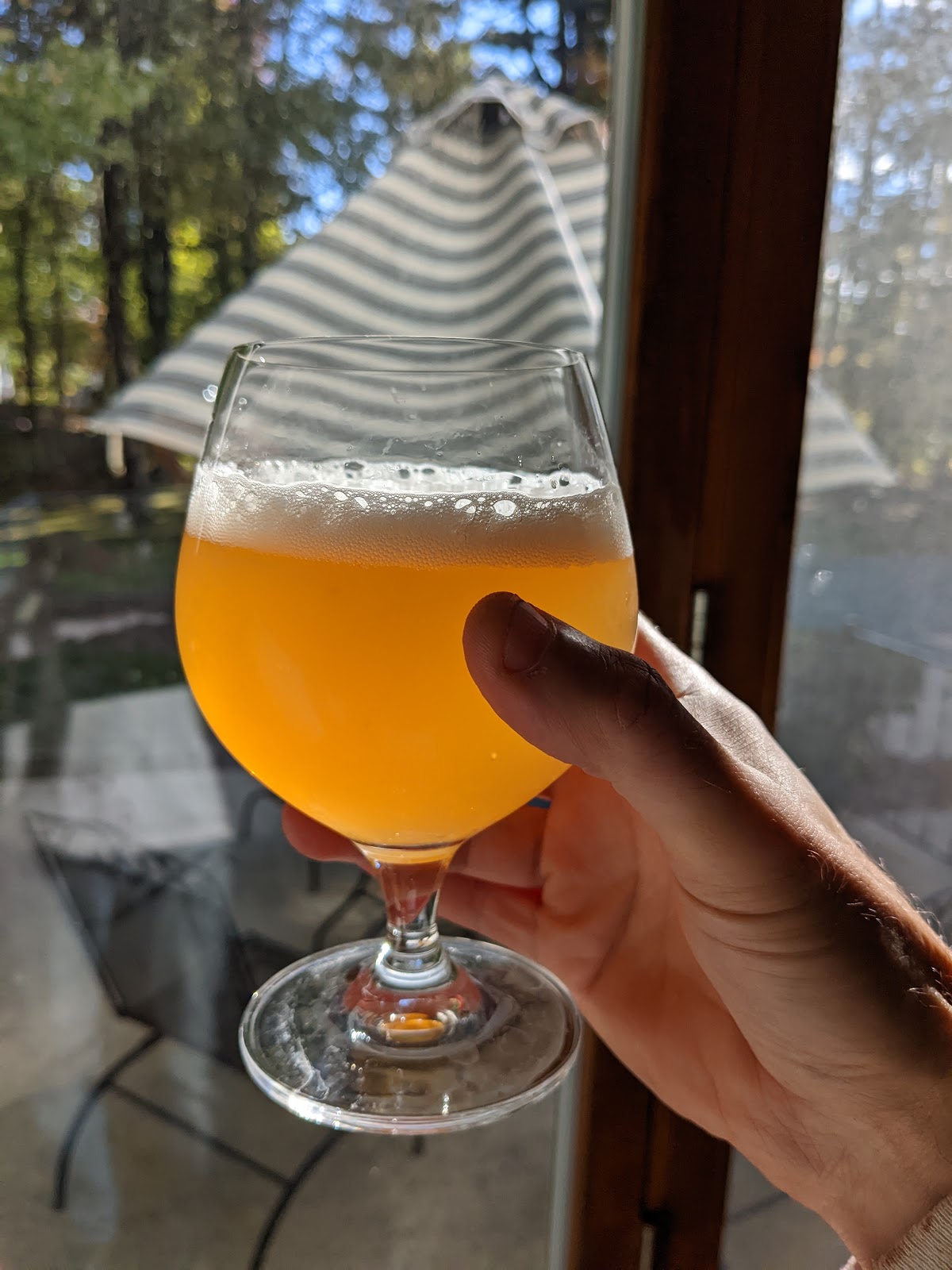 It tasted great, like some of my absolute favorite ciders, such as french ciders or some other exceptional local ciders, with a complex taste unique to an aged cider. Yum!