CGW3 is a second pressing from the concord grapes used for making CGW2. To make CGW3 I extracted the last bits of color and flavor from the grapes by adding water and boiling the remains from the grapes (after juicing for wine #5), then adding table sugar. It will be interesting to see how this compares to the much purer and higher grade CGW2.

I took the already-juiced raw grapes, put them in a spaghetti pot, and simmered it with 54 ounces of water for 20 minutes or so until most of the liquid was released. I then used the wort chiller to cool the must down so that the hot liquid wouldn’t burn my hands. I squeezed it through the mesh strainer bag, and poured the resulting juice into a 1-gallon jug along with some leftover juice from CGW2. I also added water, and a pound or two of sugar, capped it, and shook it, and saw that the potential specific gravity was 10%. I did not use any yeast and am therefore depending on just the natural yeast in the little bit of juice I poured in that hadn’t been simmered. I added a sterilized airlock and put it upstairs next to CGW2. 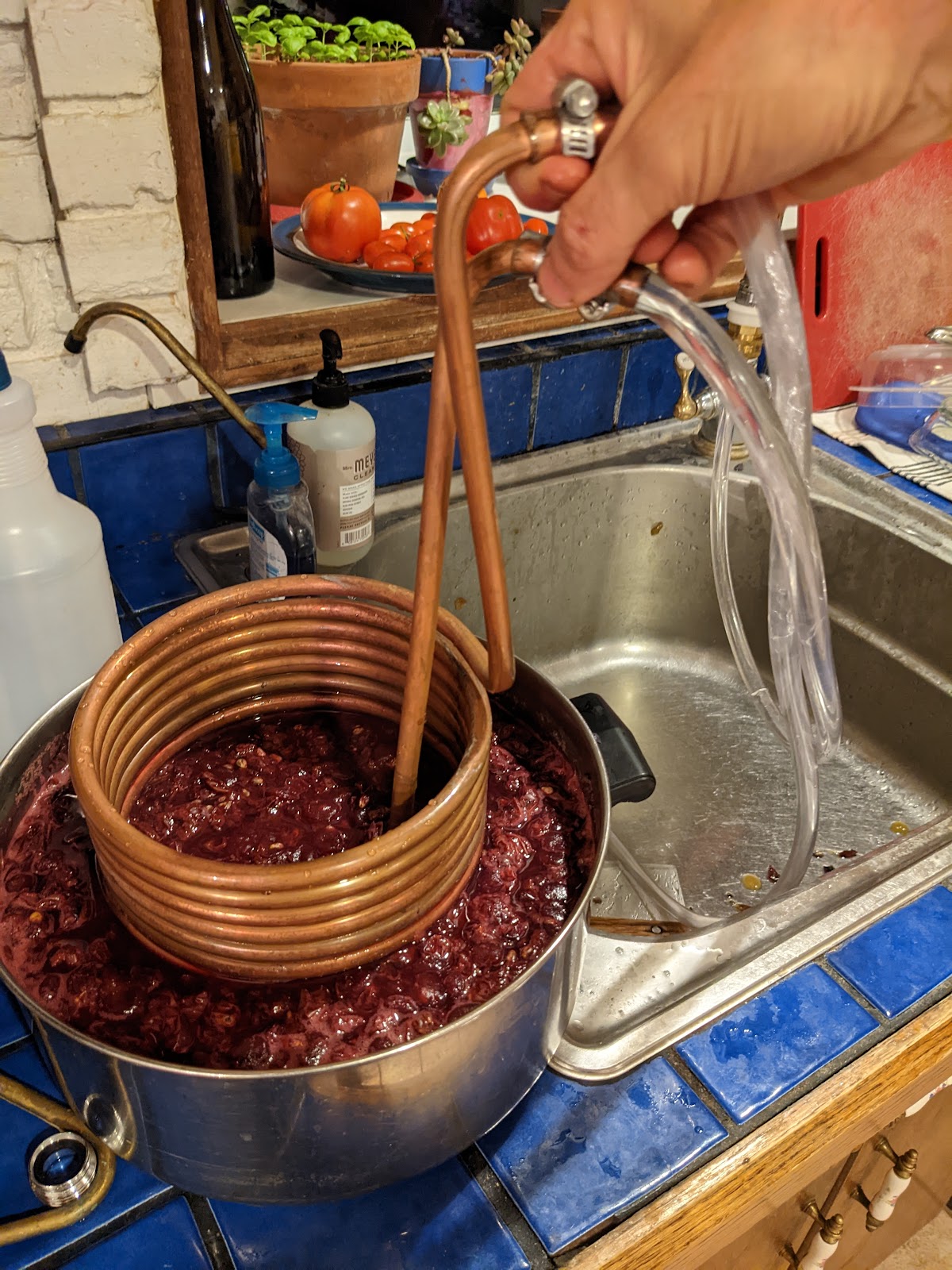 CGW3 is bubbling a little faster than CGW2.

I transferred this wine to a sanitized half-gallon growler and another small bottle each with its own airlock, to continue fermenting off the sediment.

I took the smaller bottle and poured it through a funnel into a sterilized beer bottle for aging. I also tasted a glass. It’s not bad! (For what it is). It has a clean taste. It has the smell and taste of concord grapes but very dry. It’s interesting that it fermented so cleanly and thoroughly without pitching yeast. It definitely has the taste of something that was fermented with table sugar, kind of a grain alcohol type of dry taste. But heck it has potential to be good with some serious aging.

I bottled the wine into 3 bottles by pouring it through a sanitized funnel, dubbing it Hawaiian Kick.